World’s 50 Most Influential People in Ophthalmology

Three of Bascom Palmer Eye Institute’s faculty members are among those honored as the Top 50 most influential figures in ophthalmology. PHILIP J. ROSENFELD, M.D., PH.D., CAROL KARP, M.D. and J. WILLIAM HARBOUR, M.D., were named to the Ophthalmologist Power List 2019.

Rosenfeld pioneered the off-label use of Avastin (bevacizumab) to treat wet age-related macular degeneration, a leading cause of vision loss among the elderly. A specialist in vitreoretinal diseases, he said upon receiving the award, “On a daily basis, I am most proud of my research team and their ability to tackle difficult problems, endure failure, understand what it takes to perform bulletproof science, and merge with exciting new data that makes a difference in the world.” His discovery has saved vision in millions, has become the standard of care for retina specialists throughout the world for its effectiveness, and has saved health-care agencies billions of dollars. This is the fourth time Rosenfeld has been named to the Power List.

Harbour, holder of the Dr. Mark J. Daily Endowed Chair, is one of the most highly respected ocular oncologists in the world. He discovered the key gene mutations in uveal melanoma and then invented a highly innovative prognostic test for the disease, based on gene expression profiling and computer machine learning. This test has become the standard of care throughout the United States and is considered the most accurate prognostic test available for ocular melanoma – benefiting thousands of patients every year. 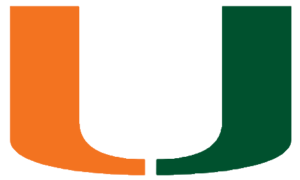